Pirates wore earrings because they believed it improved their eyesight. 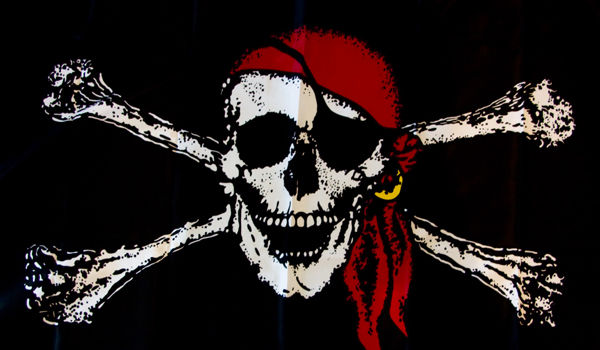 Every pirates and sellers starting from Black beard to Jack sparrow wearing earrings is a fashion statement as well as one of the most important ornament according to their believe of their Voyage experience. It is often believed by them that wearing earrings is beneficial for their eyesight.
Earrings were often considered as a symbol of pride and a mark for their Voyage and travels to the seamen. Earrings were often given to the young sailors to commemorate their first voyage for crossing the equator or when they rounded treacherous waters of southernmost tip of South America the Cape Horn.
Pirates often considered that the precious metals of earrings are capable enough to heal their bad eyesight. Another belief was also there that wearing pierced earrings would protect them from sea sickness and gold earrings were considered as magical talisman and the man wearing that would never drown.
The gold and silver earrings were used in the funeral if the body is washed ashore. Sometimes the name of the Sailors are engraved on the earrings so that their body can be identified if they die on their voyage and their body can be given to their families.