A traffic jam that lasted for 10 days 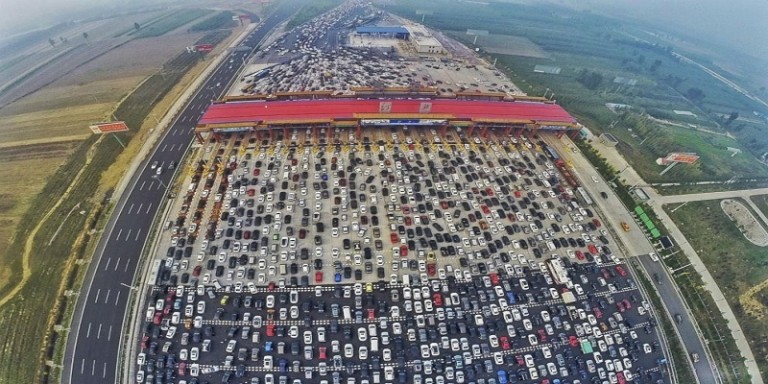 A traffic jam that lasts for 10 days is quite frustrating but this incident happened in china at between China National Highway G110 and Beijing-Tibet expressway, in 14th August 2010. This incident become blessing for and curse for many who were there. Those who were stuck in the congestion could not do anything. The incident happened in Mongolia and in Hebei. The Jam blocked thousands of vehicles in a grid lock and it covered more than 100km. The move of every drivers is just 1km per day i.e 0.6 miles per day and on top of that some drivers could not move even 0.2 miles.
The local sellers were in full advantage on that days as they sell basic needs and at higher rate than normal price. The National highways maintenance work and heavy coal trucks which were heading towards Beijing were the sole cause of this huge traffic jam. The repair work was a necessary work which is needed to be done as this way used by Cargo trucks as a free way. This road is also known as the busiest road in the world and many a times this incident took place there.
This type of traffic has proved to be helpful to local villager as they can 1 yuan value noodles, rice, and other meal at a hiked price to 10 yuan.