Computer That Ran On Water 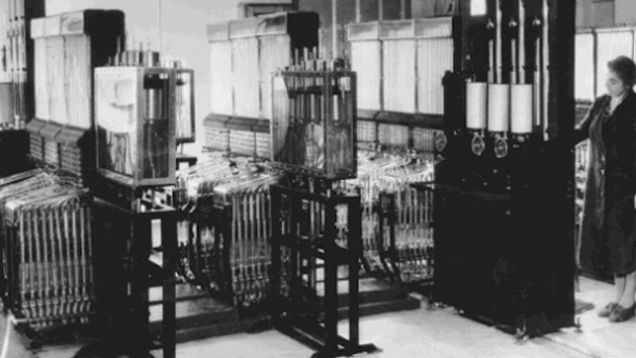 In 1936 Russia built a computer which ran on water. This is one of the strangest thing in IT world ever invented. Before the transistors were invented or before the miniaturisation of the computers there are hell lot of computer parts are present which visible system are countable like gears, pivots, beads and levers were often used and they need power source to function.
Vladimir Lukyanov built the computer built such a type of computer in 1936 like this which runs on water power source and the images of it shows that how the tubes are inter connected with water and it has also solved the partial differentiation.
For Operating this computer you need to just adjust the taps and plugs to adjust the flow of water and for alteration while end result was seen by measuring the water level on the tubes. Now it is kept in Moscow’s Polytechnic museum. It is actually built for cracking the concreate