When two-headed snakes born they fight each other for food

By karmakar in Facts, Snake Tags: Facts about two snakes

Do you know that when snakes are born with two heads they fight each other for food ? Yeah, its a real fact. The two-headed  snakes do not have a long life expectancy. They are each head has a brain & they can’t  communicate with each other. These type of snakes  share a stomach. Some two-headed snake with separate stomachs, one of the heads may die if it routinely loses fights over food. The scientists are think that the inbreeding of snakes for zoos and pets may lead to an increased incidence of two-headed snakes. 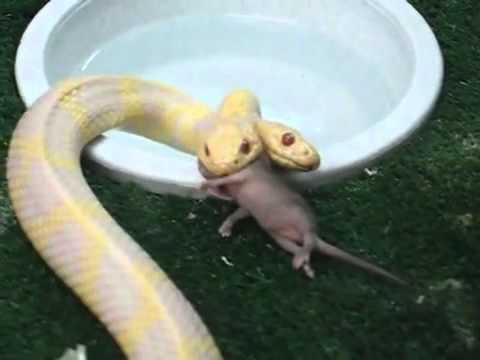