Once the George Washington was grew marijuana in his garden

By karmakar in Facts, Historical Interest Tags: Facts about washington

Did you know that the George Washington was grew marijuana in his garden ? Yeah, its a historical true fact. The Washington grew marijuana as a farmer on his farm and promoted it’s to growth. But In the 1790s, the crop was grown mainly for its industrial value as hemp and for soil stabilization. It was many years later that the recreational and illegal use of marijuana became popular. 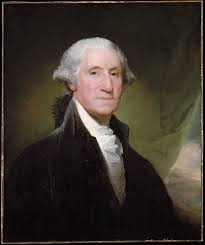